The introduction of figure-8 blank

The Figure-8 Blank gets its name because it looks like an 8-character, also known as spectacle blind. Used to isolate or connect piping systems. The figure-8 blind is a steel plate with a fixed thickness divided into two discs. The two discs are connected by flat steel, one of which is a solid disc, and the other is a hollow ring whose inner diameter is consistent with the flange. 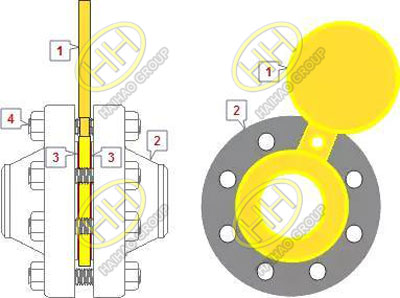 The maintenance of the piping system is one reason why the figure-8 blind rotates to the closed position. There is a hole in the connecting web of  figure-8 blind. Loosen and disassemble some bolts. The  figure-8 blind can rotate between the flanges. After replacing the gasket, the bolt can be reassembled and tightened. 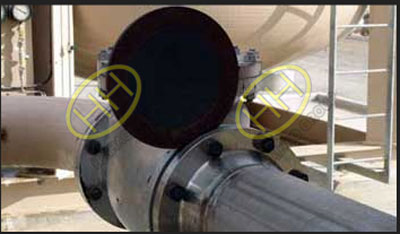 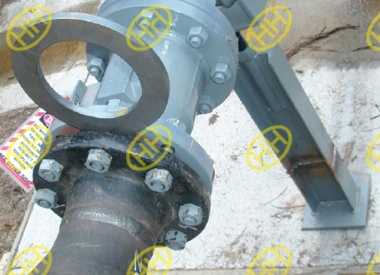 Spade and Spacer are basically similar to figure 8 blinds, the difference is that the two are not connected.

Spade and Spacer are used in piping systems that do not require frequent maintenance, or for large diameter pipes. Depending on the pipe diameter and the pressure rating of the pipe, the Spade may weigh several hundred pounds. In order to reduce the unnecessary pipeline load, usually not choose the figure 8 blind, but choose two separate parts, namely the Spade and Spacer.

As described above about the Spade, the Spade and Spacer are used in replacement for pipeline maintenance. Loosen all bolts, temporarily remove some bolts, Spade and Spacer can be replaced. After replacing the gasket, the bolt can be reassembled and tightened.

When a Spade or Spacer gasket is installed between flanges, we cannot see whether it is a Spade or Spacer. Therefore, special signs are usually made on the handle, or there are separate designs. Customers usually provide their own technical parameters.

ASME B16.48 covers pressure temperature ratings, materials, dimensions, tolerances, marking and testing from 1/2 “to 24” pipeline blinds. These pipeline blind are used in conjunction with ASME B16.5 flanges. figure-8 blind, Spade or Spacer are manufactured from steel plates or forgings, and are used under license from ASME B31.3. They usually have the same physical and chemical properties as the supporting flanges and pipe materials.