The formal name of blind flange is flange cover, and some are also called blind flange or pipe plug. It is a flange without a hole in the middle, which is used to block the pipe opening. The function is the same as that of the head and pipe cap, except that the blind seal is a removable sealing device, and the seal of the head is not ready to be opened again.Due to its good sealing performance, it is generally used as a reliable isolation means for systems that need complete isolation. 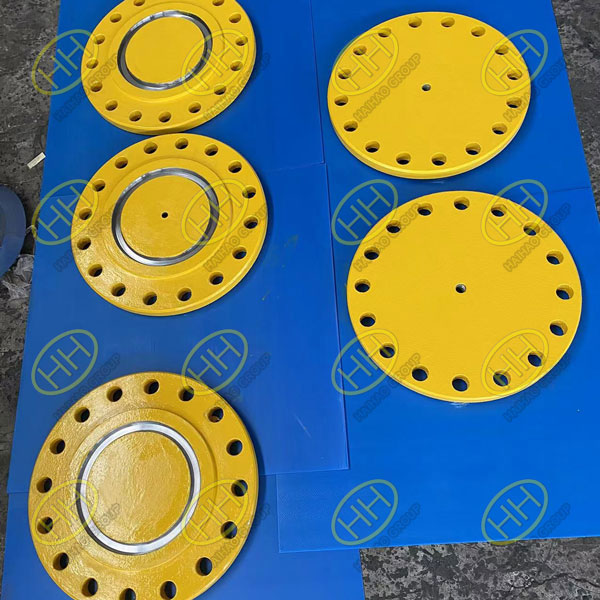 A month ago, we received an inquiry from our Singapore customer to produce blind flange with API 6A standard Plus three coats of paint. The inquiry is as follows.

At present, the production has been completed. After testing, the paint thickness meets the requirements of customers. It will be packaged and sent to Singapore.