How to clean the carbon steel flange?

Carbon steel flange quenching waste heat will cause surface blackening, but the outer ring has visible bright color area. In addition, you can also see slightly brighter red and light blue areas. The metal wire and the original rod are coated with a phosphate coating and heat-treated without rinsing. It is then cooled in quenching oil, washed with alkali detergent, sprayed (not rinsed) and tempered at 550 degrees Celsius. In this state, the screw appears red, which is caused by caustic soda. Calcium compounds and chlorides can be detected in alkali detergent here. Burn carbon steel flanges during heat treatment, leaving marks on the surface of carbon steel flanges. 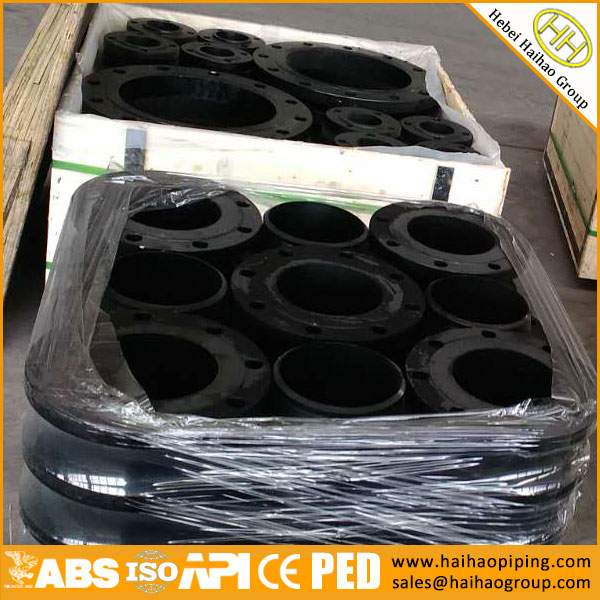 After the carbon steel flange is quenched, it is cleaned with silicate detergent, and then cleaned, solid substances appear on the surface, and these solid substances are analyzed by infrared spectrometer, and the results are iron oxide and inorganic silicate.

Black stripes are often seen in carbon steel flanges. Carbon steel flanges washed with inorganic detergent and organic detergent before heat treatment can also see black stripes after quenching. Even if cleaned carefully before heat treatment, streaks will be left after heat treatment. The residue on the surface was analyzed with an infrared spectrometer, and the results were relatively high concentrations of calcium and sulfur. Using isopropanol with little acetic acid, fold the small test filter paper forcefully, leaving the black spots on the filter paper. The main elements of the filter paper were sulfur, calcium, manganese, iron and chromium. The presence of calcium and sulfur in the rust stain indicates that this substance is a sintered quenching oil and that there is a vapor phase development in the quenching process. Due to excessive aging of quench oil, it is recommended to inject old oil, add new oil, and carry out process supervision and quenching oil maintenance throughout the process cycle.