Characteristics and installation of blind flange

Blind flange is commonly known as flange cover and blind plate (BL flange). The blind flange is similar to a steel plate edge drilling, because there is no inner hole in the middle, so it becomes a blind flange. Its connection mode is to connect with the flange, and its main function is to block the pipe. It is a bit similar to the head and cap in the pipe fitting, but it is different from them, because the place with the flange cover is a “live” pipeline, because it can be disassembled when in use, and can be blocked when not in use, Because it is fixed by bolts, it is also very convenient to remove. 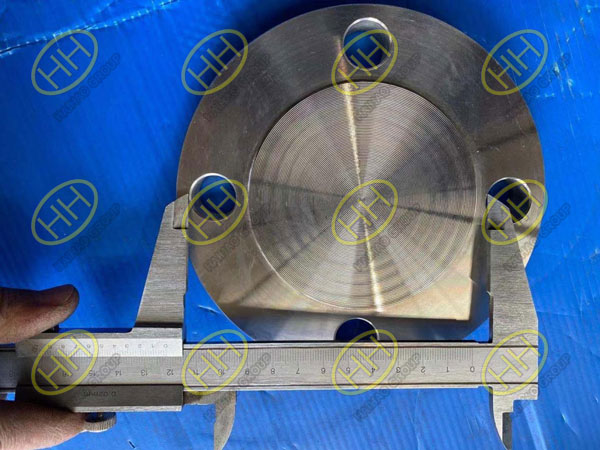 Flange blind plate can also be connected by flange, that is, the gasket is placed between the two flange sealing surfaces. After tightening the nut, the specific pressure on the gasket surface reaches a certain value, and the deformation occurs, and the uneven parts on the sealing surface are filled, so that the connection is tight. However, the flange blind plate with different pressure has different thickness and uses different bolts; In oil medium system, the blind flange does not need to be galvanized, but in other medium system, the blind flange should be hot-dip galvanized, the minimum weight of galvanized layer is 610g / m2, and the quality of the blind flange after hot-dip galvanizing should be inspected according to the national standard.

Hebei haihao group has been making blind flange for about 40 years. We will satisfy customers with our products. If there is any quality problem, we will return and exchange the products unconditionally. Customers’ satisfaction and praise are our constant pursuit.

blind flange
Share:
PREV： P245GH flanges to Singapore shipyard
NEXT： Cancel the export tax rebate of some steel products, is it good or bad for the steel industry?