&nbspHome » News » Company News » What is an anchor flange?

What is an anchor flange?

One of the common traits of a metal pipeline is its inherent movement caused by the flow of liquid through the pipe, as well as from the expansion and contraction caused by temperature changes. When a pipeline makes a sharp turn, the flow of liquid inside of the pipeline attempts to push the pipe in the direction of the flow. By placing an anchor flange on the pipeline and securing it into position by locking it in a concrete pillar buried deep into the ground, the forces pushing against the pipe are displaced into the earth. 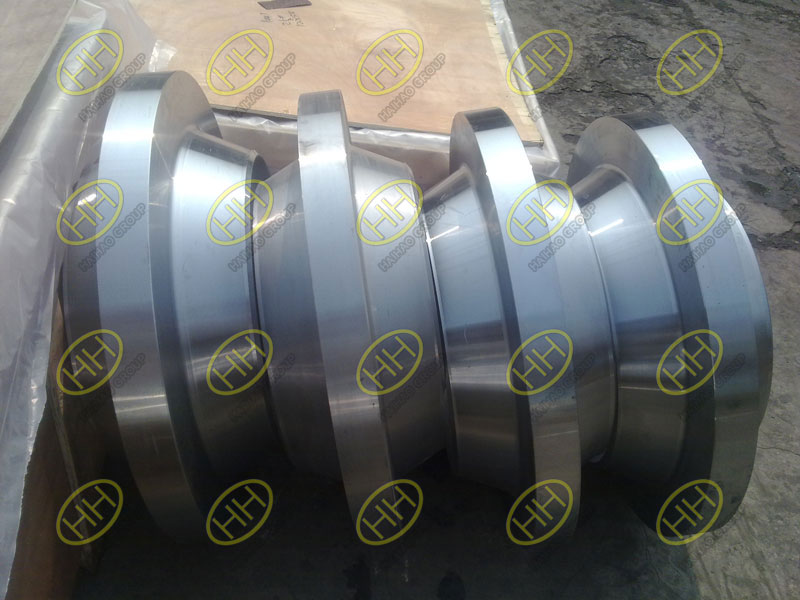 The same aspects of movement in a large pipeline are duplicated in smaller versions of hydraulic hard line. As the hydraulic fluid is heated, the hydraulic hard line begins to expand and contract. When anchoring a hydraulic line on a machine or in a machine shop, placing an anchor flange in concrete is not an option. The anchor used in this type of application is commonly secured by bolting the anchor to the machine or the building. This requires a flange that resembles a bearing block, with a bolt hole drilled into each corner of the anchor block.

The most common method of fastening a flange to a pipeline or a hydraulic line is to weld the flange solidly into position. This allows the installer to accurately position the flange onto the pipeline where it will offer the most success. When sealing the anchor flange in cement, the concrete is typically poured around the flange and the pipeline after the flange has been welded onto the pipeline.

Haihao Group is specialized in kinds of flanges.If you require any standard or customized flanges,Haihao must be your best choice.Email:sales@haihaogroup.com